The Clarington Eagles finished off 2022 on a winning note Thursday, defeating the Little Britain Merchants 3-1 in a chippy contest in front of 309 fans.

Little Britain jumped out to an early 1-0 lead just over a minute into the game. A Merchants player intercepted the puck at his own blue line creating a breakaway and snapped a perfect shot past Iain Wintle from the hash marks in front of the Clarington goal.

Kolby Poulin evened the score with a highlight reel goal from Dawson Manning and Ty Harris at the six-minute mark. He skated through the Little Britain defense before beating the surprised Merchants goaltender.

Connor Davies scored the go-ahead goal from Adam Klaas and Ryan Hall at the 16-minute mark after some hard work in the offensive end. The Eagles would carry the 2-1 lead through to the third period. Things began to get chippy in the second period. The officiating crew seemed inclined to let the two teams play, either missing or ignoring several slashes and retaliations as the period went on. By the second intermission, there was a sense of tension on the ice as the players chirped at each other on the way to their respective dressing rooms.

Hayes Bell buried a rebound in front of the net, his 10th of the season, to extend the Clarington lead early in the third period. Drawing assists on the play were Jordan Shaw and Hall.

The rest of the third was marred by more stick work and non-calls which started to draw reactions from the players on the ice and the fans in attendance. Things finally boiled over with three seconds left in the game. With play stopped due to a Little Britain cross-checking penalty, a Merchants player began throwing punches at Eagles’ sniper Brady Darrach. Two more Merchants grabbed Nate Stirling and Nolan Matheson and started swinging at them. Despite the Eagles’ obvious attempts to refrain from fighting, knowing they would draw suspensions, the linesmen stood back and allowed the roughhousing to continue until the players had no choice but to defend themselves.

Once the melee had cleared and the players’ gear was picked up off the ice, the officials sent both teams to their dressing rooms and allowed the remaining time to run off the clock.

“The guys answered the bell physically and competitively tonight,” said assistant coach Jamie Showers. “We have a lot of skill, so when we put on our work boots, we’re a tough team to play against.”

Wintle played his second consecutive game in net for the Eagles and picked up his second win, stopping 26 of 27 shots. “He stood tall for us tonight when we needed him,” said Showers. “Tonight was a fantastic effort overall,” Showers continued. “Our D really showed that they’re capable of providing top-notch shutdown defense when required, and the Davies boys were exceptional up front with their forechecking and leadership. It was a great way to finish off 2022.”

The line of Connor Davies, Dale Junkin, and Klaas were buzzing around the Merchants zone all evening. “We worked well together,” said Connor. “It was our first time being put together, and I thought we had a lot of energy. It was nice to be able to contribute offensively. But it all started from the back end, starting with our goalie. There was a lot of energy from the whole team today.”

The Eagles head into their two-week Christmas break perched four points above second place Uxbridge in the Orr Division standings.

The next game on the schedule is Thursday, January 5, when Georgina Ice visits the nest at Garnet B. Rickard Recreation Complex. Puck drop is 7:25 p.m. 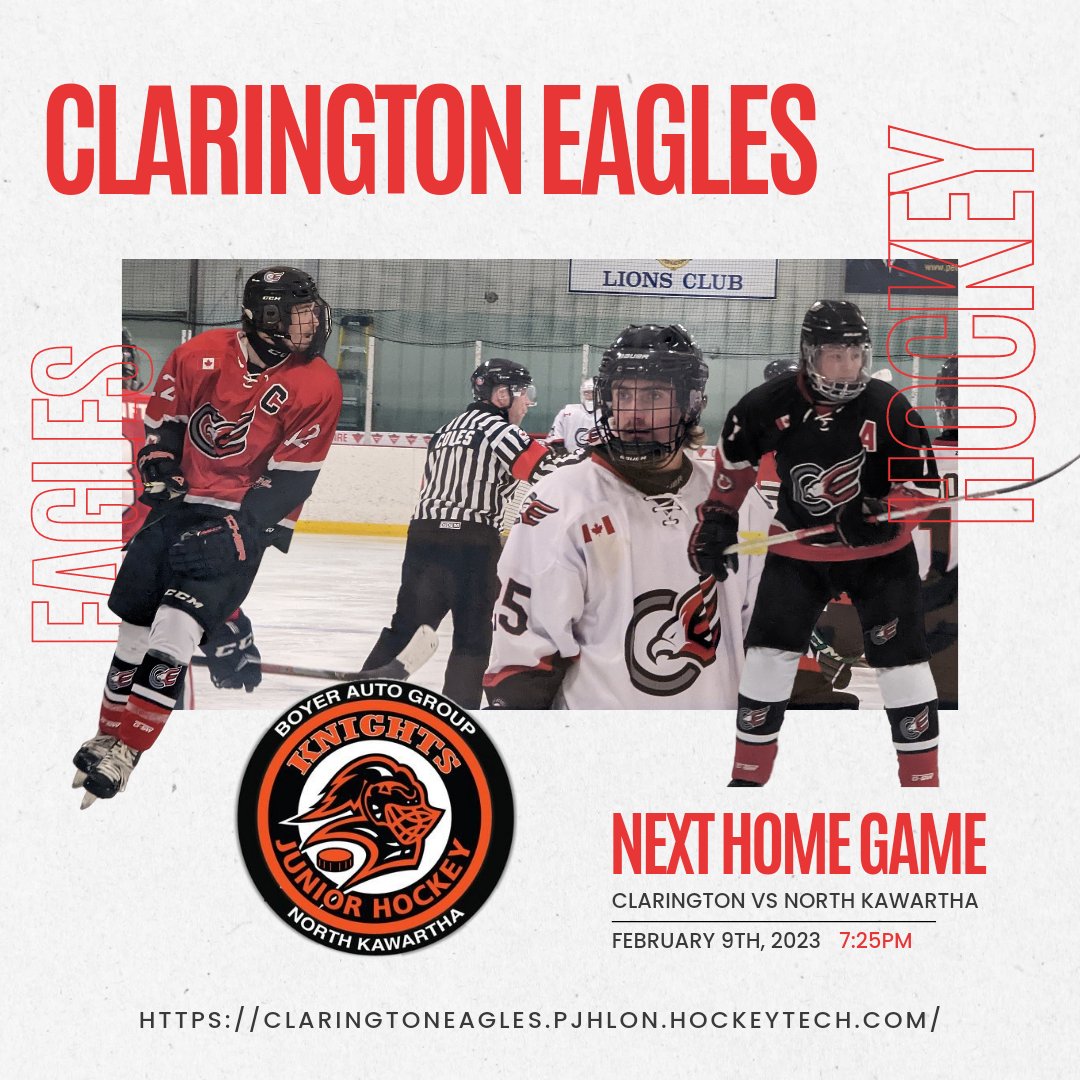